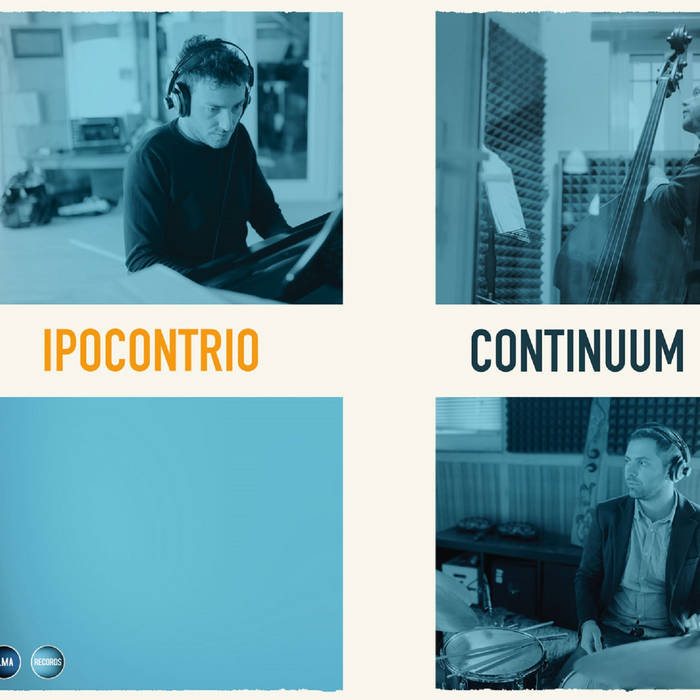 The IPOCONTRIO project was conceived in 2009, when three musicians from Salerno in Southern Italy, Bruno Salicone (piano), Francesco Galatro (bass), and Armando Luongo (drums) met and decided to form a trio to perform original compositions.

The main feature of their music is the love for jazz and improvisation. Their vibe merges into a very personal sound that moves in a continuous interplay between the soulful melodic lines drawn by the pianist Bruno Salicone and the swinging rhythm section.

In 2009 the band won the “European Jazz Contest”, organized by the
St.Louis Jazz College of Music. Their first album, “The Beginning of a Love Affair”, was released in 2011 and produced by the St.Louis Jazz Collection.

In New York in 2013, drummer Armando Luongo met trumpeter Alessandro Presti (Critics Prize Massimo Urbani 2014), and this encounter produced Ipocontrio's second and most current album, “Continuum”. This effort proves that these musicians embody the Afro-American lexicon, they know how to swing, and their music is fresh and charming, always performed with a fine technique.

The recording is enhanced the presence of Alessandro Presti on trumpet on all tracks and
Daniele Scannapieco on saxophone on two tracks, two superb and well-known Italian artists complete the trio sound in a blend of compelling soulful swinging jazz.