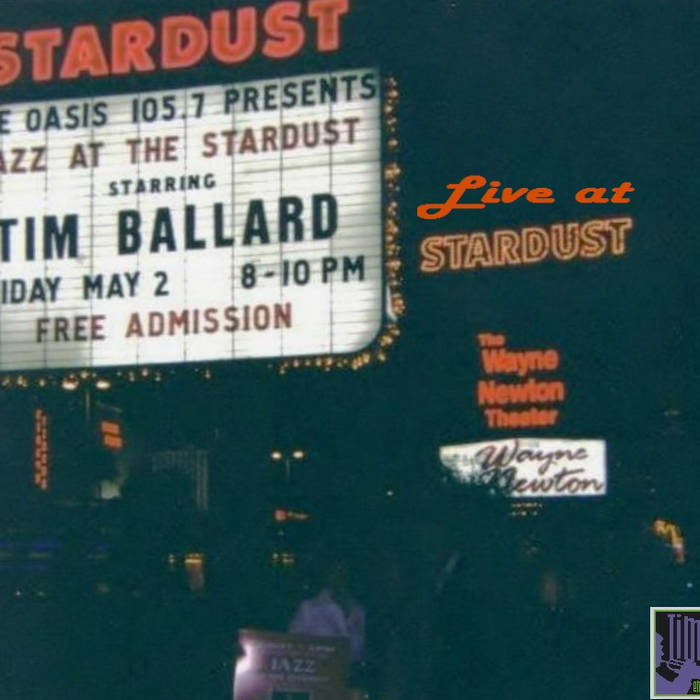 Recorded live at the former Stardust Hotel, Wayne Newton Theatre, Las Vegas, Nevada, on Friday, May 2, 2003, 8 - 10 PM, to a packed audience. Simulcast on a show called "Jazz at the Stardust" via KOAS 105.7 FM "The Oasis", Las Vegas' major market smooth jazz station at the time.

Special thanks to Ms. Patricia Stampley, Steve Denny, Conrad Csogi, KOAS 105.7 FM, "Lee" (aka "the dude putting the sound together"), the former staff of the Stardust Hotel and Wayne Newton Theatre, and to the show's gracious audience. The Stardust Hotel may be gone today, but the talent that graced its halls is never to be forgotten.

Released in loving memory of the musical genius of the album's timeless star, Mr. Tim Ballard (1948-2009).

All songs licensed via Harry Fox Agency / Songfile or via direct licensing arrangements with the publishers and songwriters.

Discover the TIMKAT groove at www.timkatent.com.