Singing Positive to the People 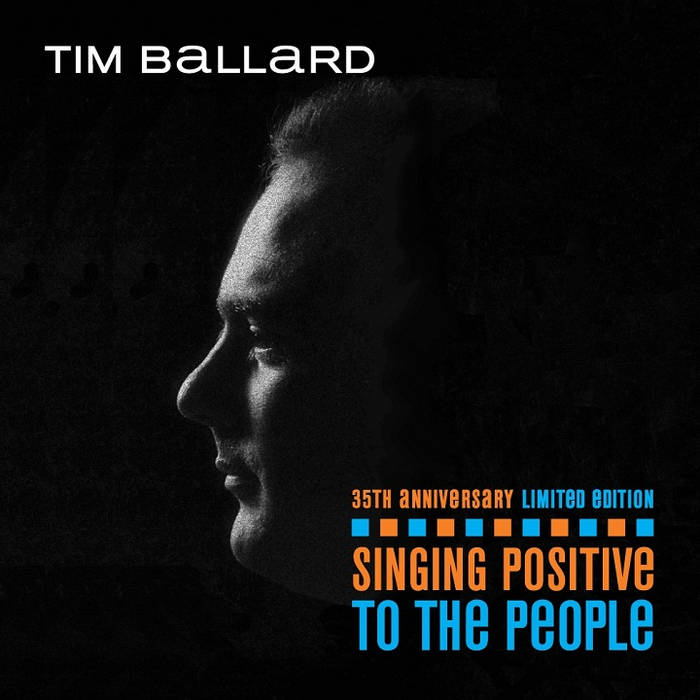 There is a popular saying: “What's Old Is New Again” and this adage could not be any truer than when referring to master vocalist Tim Ballard's collection of timeless 70's Soul Classics on Singing Positive to the People.

Recorded and distributed only on vinyl to a limited following in Oklahoma City, Oklahoma, USA in 1978, Singing Positive has been expertly digitized, its artwork re-designed, and new liner notes written by Tim’s daughter, Kathryn Ballard Shut. It was released via all major media outlets and CDBABY in June 2012, just on the eve of the album's 35th Anniversary in 2013.

Featuring all-time soul favorites originally recorded by superstars Hall and Oates, Harold Melvin and the Blue Notes, The Commodores, The Stylistics, The Brothers Johnson, Lou Rawls, Full Moon (Buzz Feiten), Paul Williams, and Lenny Welch, Tim Ballard’s Singing Positive provides a delightfully hip trip back to the Golden Age of Seventies Soul and Fusion sound. The album boasts powerful and original horn arrangements by David Powell (www.youtube.com/quantumdave), tight vocal harmonies, and infectious funk on tracks such as “Need Your Love”, “Young Girls Are My Weakness”, and “Sunday” - several great hits that have since fallen out of collective rotation but are once again brought to life by this masterful recording.

'Singing Positive' reaches beyond the bounds of being just a covers album, due to Tim Ballard's vocal mastery at breathing unique life into beloved musical stories and thanks to Johnson and Powells' original horn line arrangements missing from the original recordings. Soul lovers of the time will no doubt revel in the journey down Memory Lane, while a new generation of fans will find the grooves and funk intriguing enough to enjoy the songs on their own merit while venturing to compare Ballard's rendering with the originals.

Reviews are appreciated on blogs and in magazines; all correspondence should be sent to Kathryn Ballard Shut at TIMKAT - timkatent@gmail.com. Follow TIMKAT on Twitter @timkatent and/or Facebook at www.facebook.com/timkatent.