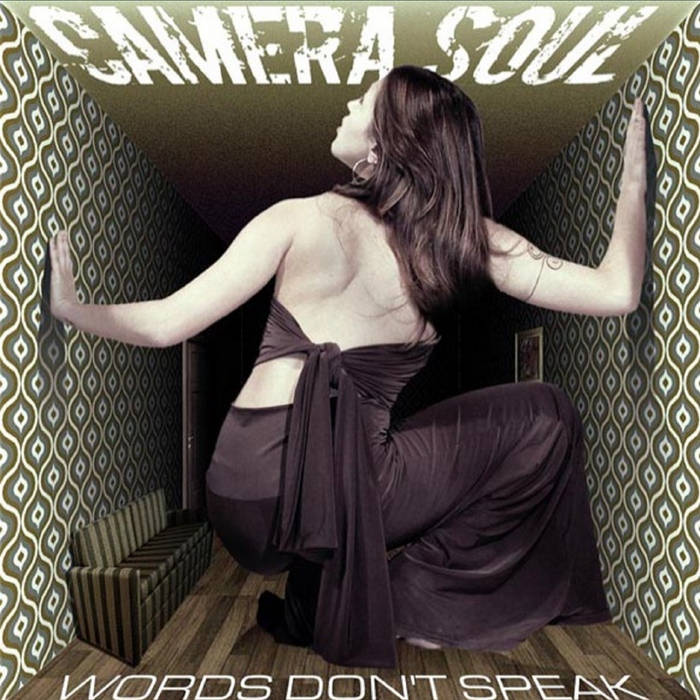 Hailing from the southern port city of Bari, in the province of Apulia, Italy, comes Camera Soul (also known as "Soul Chamber" in English).

Armed with catchy lyrics, melodies, sweet harmonies, and irresistable horn lines reminiscent of 1970s-1980s popular soul, Camera Soul is a sparkling example of the amazing and original songwriting from brothers Piero and Pippo Lombardo, as well as that of lead vocalist and lyricist, Serena Brancale.

TIMKAT is honored to sponsor this rising group for album distribution in the United States. Read our review, written by president Kathryn Shut while still "just a fan" and prior to the sponsorship, of CameraSoul's "Words Don't Speak" on JazzTimes Community Pages: jazztimes.com/community/articles/30180-camera-soul-words-don-t-speak-azzurra-music-italy.

If Words Don't Speak, it is evident that the music, arrangements, vocal expertise, engineering, and production from Italy's CAMERA SOUL most certainly do!

The new album from the Bari- and Verona-based troupe is cleverly infused with professional songwriting, full horn line arrangements, intelligent soul, jazz, and blues soloistic ideas, and possesses the ability to appeal to a broad range of music fans, ranging from Pop, Disco, House, and Soul, to R&amp;amp;B and finally all the way to jazz.

Produced by Mr. Marco Rossi of Azzurra Music, led by songwriter / musician / arranger powerhouse brothers Piero and Pippo Lombardo of Puglia, the southern "California of Italy", and all-English lyrics written and sung by the talented Serena Brancale, the album is the culmination of a ten year project that features eleven diverse tracks; only three of which are covers. The remaining eight charts showcase original and complex songwriting, as well as thoughtful lyrics on par with the legends covered (Lionel Ritchie, Stevie Wonder, and Earth, Wind &amp;amp; Fire) and the production value of the album exposes the professional lineup of musicians to such transparency that there is nowhere to hide and no room for error. There is no need to worry about that though; every voice, even in the most layered and complex arrangements, is well-heard and holds its own to create a masterwork that brings 1970's soul directly to us in 2012.

The first three tracks on the album are Lombardo Brothers and Brancale originals, beginning with the title track ("Words Don't Speak"). This is a sunny and soulful jazz waltz that would likely appeal to fans of early 1980s smooth jazz and soul, heralded by Brancale's smoky, sultry vocals and accompanied later by the warm, delicious guitar of Francesco Palmitessa. With the second track, "Again", Lombardo and Brancale step up the complexity of the songwriting, especially during the innovative bridge section, to create tension as Brancale pleads with her lover not to "cry again". Both of these tracks would play very well on either soul, blues, or even smooth jazz radio stations. With the third track, "Born to Be (Forever) Mine", Camera Soul winds down into a soft and intelligent slow jam, again featuring Palmitessa's luxurious guitar solo work and Pippo Lombardo's masterful horn arrangements (tightly delivered by Luca Toso, saxes and Stefano Cavallin, trumpet).

Midway through the album, Camera Soul delivers a fantastic upbeat house/disco edition of Lionel Ritchie's classic, "Love Will Conquer All", followed by another Lombardo/Brancale original soul ballad, "All Dark", showcasing Brancale's wide vocal range and deep emotion as she tells the story of a love that is not being experienced the same way between two people. Next, Camera Soul expertly takes on a tight and sublime rendition of Earth, Wind &amp;amp; Fire's seldom-heard chart, "Miracles", and through its many layers of instrumentation and accompaniment, does not disappoint.

Camera Soul keeps the funk train rolling on the eighth track, "I Am", featuring fun and well-written unison horn lines, and drives hard to my favorite track of the album, "Zigzags" -- the pulsating disco highlight of the party that spotlights (among all else!) the tightness of CAMERA SOUL's rhythm section. Beppe Sequestro, ever flawless throughout the entire album, hits the 70s style on the head with his excellent slap bass; Francesco Palmitessa doesn't miss with his essential guitar rhythms and vamps, and drummer Mimmo Campanale drives the groove relentlessly, with Pippo Lombardo completing the section with a great (outside/inside) piano solo. This track alone is a perfect example of the amazing songwriting, soloistic capabilities, masterful arranging, vocals, and harmonic complexity that this professional band of musicians brings to the table.

The album closes with first the classic Stevie Wonder track, "Whereabouts", well-arranged and executed by the group, and finally to the last Lombardo/Brancale original, a deeply emotional, bluesy ballad called "Suddenly". Regarding Brancale's vocals, while her work on the entire project is tasteful and excellent, this final track allows us to hear deep emotion of her heartache. To further set the mood and groove of the story, the Lombardo Brothers include a nice addition of Hammond B3 organ about a minute into the track. The style of the tune reminded me of Lenny Kravitz's "The Difference Is Why" from Mama Said and is a good closer to a fantastic album.

CAMERA SOUL features a professional lineup from both north and south Italy, intelligent musicianship, songwriting, lyricism, and arranging, and is a must-own for fans of classic 1970s soul, disco, and R&B.

TIMKAT is pleased to sponsor this international horn sensation for distribution in the United States. We truly hope you enjoy this discovery as much as we have!